"South Will Rise Again" is the fourth episode of the first season of Preacher, and the fifth episode overall. It aired on June 26, 2016.

After his stunt with Quincannon, Jesse is Annville's newest rock star. Tulip and Cassidy connect, and The Cowboy makes a tragic decision.[1]

In the year 1881, the Cowboy reached Ratwater. He arrived at Ratwater's apothecary where he requested medicine. He was told that the earliest he would have it by is the morning. The Cowboy then headed to the saloon. The Cowboy saw in the backroom the gruesome fate that befell the family he'd seen in the apothecary: the father was killed and the mother raped as the child was forced to watch. A preacher told the Cowboy he looked familiar. The following day, the cowboy picked his medicine up and left Ratwater. On the way, he passed the pioneers he had met previously. After hesitation, the cowboy turned around to protect them from a similar fate as a previous family. When he arrived, he found their carriage with blood. He arrived in the backroom and saw the family selling scalps. The cowboy was then beat up. As he left, the preacher told him he recognized him from Gettysburg as they fought against each other. The preacher proceeded to kill the cowboy's horse. The cowboy was forced to walk back to his home. When he returned, he found his family dead as crows feasted on their bodies. Enraged, the cowboy packed his firearms.

In the present day, believing there were people trespassing, Sheriff Hugo Root investigated. Root discovered the sound he heard was only a saw clattering in the wind. Back inside, Hugo told his son to go to his room. His son found his room spray-painted with the words "Finish the job". Eugene apologized as his father learned he went to visit Tracy Loach.

Emily Woodrow asked Jesse Custer to explain what happened with Odin Quincannon. The two were interrupted by a table nearby who complimented Jesse's sermon and asked which gospel he thought was the best. Jesse dismissed Emily and joined the table.

Cassidy woke up at Walter's house. Tulip O'Hare asked Cassidy questions about him being a vampire. After being told to leave, Cassidy followed Tulip and asked about obtaining drugs. Cassidy expressed his love for Tulip but was rejected. Tulip explained to Cassidy she has a "boyfriend" and how they were planning on leaving town once he leaves his job.

While Jesse continued to discuss with the table at Flavour Station, Emily watched on before leaving. In bed, Donnie Schenck told his wife he's still sick. Betsy threatened to sleep with a co-worker if he kept calling in "sick". At Sundowner Motel, Fiore and DeBlanc hid in the bathroom as the phone continued to ring. The two rehearsed how they would answer the phone.

At All Saints' Congregational, Emily cleaned Jesse's living room and headed to the bathroom to poop. While on the toilet with her pants down to her ankles, Emily was interrupted by Tulip, who asked Jesse's whereabouts. An embarrassed Emily told her he was at Flavour Station.

After cooking his father an omelette, Eugene offered his upset father to cut his food. While doing so, his father released his anger and threw the plate. Hugo told his son if he wanted to be helpful, he should finish the job as he was demanded to.

In a room that monitored pressure, a man tapped a gauge and released some pressure. He left as the pressure lowered.

Back at Flavour Station, Jesse counseled a man about his in-laws pressuring him. Jesse told him to be patient with them. Jesse was interrupted by Tulip. Tulip revealed to the crowd about Jesse's past. As people left, Jesse reminded everyone that he had changed. A waitress told Jesse that someone was waiting outside. Jesse attended to him, who was revealed to be Eugene Root.

Outside Quincannon Meat & Power, Donnie revealed to Betsy that he believed Jesse had a power. Donnie told Betsy that Jesse made him put a gun in his own mouth. Terrified of Jesse, Donnie broke down. Betsy comforted him and told him he would make Jesse pay one day.

While driving Eugene home, Jesse told Eugene that his father no longer needed to worry. During night time, Tulip concealed her identity with a ski mask and proceeded to rob a drug store. Back at Sundowner Motel, after rehearsing the call, the phone stopped ringing and the two were then left worried.

Cassidy left a strip club as Tulip brought him his drugs. Tulip and Cassidy then had intercourse in Tulip's car.

Fiore and DeBlanc confront Jesse at Flavour Station. The two revealed they were from heaven and need what is inside Jesse. After being told they need to put it in a tin can, which is "its" home, Jesse laughed at the idea of God living in a tin can. Jesse was told that what is inside him isn't God.

At Quincannon Meat & Power, Odin greeted the executives from the Green Acre Group. After offering them alcoholic beverages, Odin took his shotgun and killed the four executives. Miles was left confused and terrified. 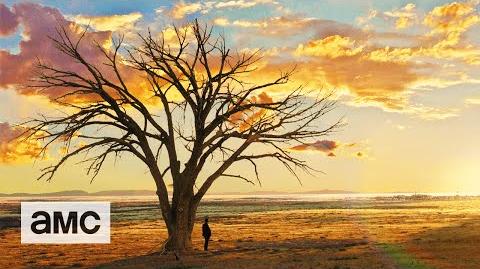 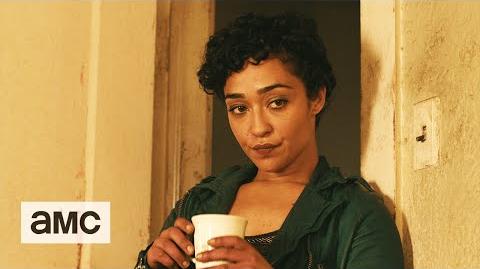 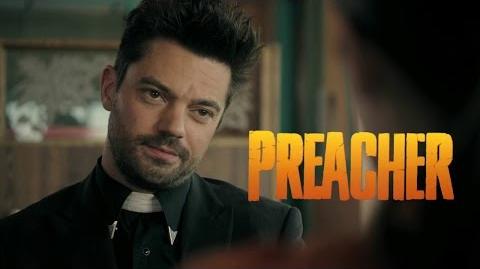 Barry Blankenship for Preacher episode 104.
Add a photo to this gallery

Retrieved from "https://preacher.fandom.com/wiki/South_Will_Rise_Again?oldid=13692"
Community content is available under CC-BY-SA unless otherwise noted.