"El Valero" is the seventh episode of the first season of Preacher, and the eighth episode overall. It aired on July 17, 2016.

In a fierce gun battle Jesse faces off against Quincannon and the Meat Men to protect his church, while Tulip tries to save a friend.[1]

During a flashback in Vail, Odin Quincannon's family rode a gondola while on a family vacation (excluding Odin). The gondola plummeted toward the ground, killing Odin's entire family. Odin blankly dazed into his office, where his family laid in their coffins. Odin called John Custer over. When John arrived, Odin was covered in blood and had pried open his family's coffins. Odin brought up how his daughter's intestines were exactly the same as a cow's, claiming they were just meat, without a spirit. Odin then demanded John denounce God in front of his congregation. John refused and left with his son. As Jesse left, he had a glimpse at the horror in Odin's office.

In the present day, Odin's men stormed into Jesse's church. The men however were all disarmed by Jesse and fled back to Odin. At the church, Jesse told God he would abandon his word of God power if Eugene was brought back. Jesse heard scratches and rushed toward the spot Eugene Root was before he was sent to Hell. Jesse dug up the sand and pulled "Eugene" out. Jesse brought Eugene cups of water as the latter gulped them down. Eugene was asked about Hell and that he should call his father. Eugene told Jesse to not call his father just yet.

Outside the church, Odin promised his employees that he would build a food court of sorts once they took Jesse's church.

Back in the church, Jesse called Hugo Root and told him that he found Eugene. Jesse and Eugene conversed but when Eugene mentioned the men at Sundowner Motel, Jesse realized Eugene was only his conscience.

At an animal shelter, Tulip adopted a dog.

At Emily's house, while blow drying her hair, Emily was told Miles had arrived. Miles told Emily about Odin and Jesse's agreement. Emily stormed off, telling Miles to drop her kids off at school.

Jesse poured anointing oil into a whiskey bottle. Outside the church, Donnie lead a charge. Jesse fired warning shots from the roof. When the men retreated once again, Jesse lit the whiskey bottle filled with the anointing oil and tossed it toward the bulldozer. Clive charged but had his penis shot off. Clive held his penis and walked back to Odin. Due to being in shock, Clive casually showed off his penis to Odin and Odin's men. Hugo Root arrived shortly after. Jesse used the speaker to demand they bring the agents. Odin was confused but Hugo realized who Jesse was speaking of. Fiore and DeBlanc arrived to the church shortly after.

When Fiore and DeBlanc arrived, they told Jesse they reminded him they couldn't go in. Jesse used the word to cancel his previous command to stay away from him.

Outside the church, the town gathered, setting up camp. Hugo Root told Odin that despite Jesse's mental state, the church is a holy ground. Odin told Hugo that the church was only wood, paint and bits of glass.

Jesse asked if it was possible to bring someone back from Hell. The two angels gave different answers. The two then agreed to do something about it once they had Genesis.

Outside the church, Emily told Miles that Jesse was only defending his property against Odin's illegal actions. Miles told Emily that the agreement was legally binding. Miles then added that Odin would boost tax revenue once he built on Jesse's land.

DeBlanc and Fiore prepared Genesis to be extracted. The two told Jesse that those who Genesis tried to merge with blew up. Jesse then believed he was chosen, making a final plea.

Outside the church, Odin rallied his men for a night assault. Donnie walked back into his car and opened the trunk. He then closed the trunk on himself and fired his gun.

Jesse laid on a blanket with Genesis' domicile on his chest as DeBlanc sang Wynken, Blynken, and Nod. The two realized Jesse was resisting and told him not to. DeBlanc then continued the lullaby and Genesis finally escaped Jesse. The two angels then packed up, claiming they were done. Jesse reminded the two of their deal. They dismissed him. Genesis escaped his domicile once again, destroying it and returned to Jesse. DeBlanc then agreed to the other option. The two departed the church and told Jesse it was over.

That night, Jesse sat against a wall as Odin's siege began. Jesse eventually fired back, forcing Odin's men to retreat for the third time. Donnie snuck up on Jesse, holding a gun up to his face. Jesse commanded him to lower his gun. Donnie revealed he blew his ear drums out. Jesse told Donnie to get on with it. Donnie couldn't hear him. Donnie then knocked Jesse out. Quincannon sat down with Jesse, giving him the deed and transfer papers. Odin told Jesse that the God Odin was serving was the "Meat God". Jesse began signing the papers, but he stopped and challenged Odin to one more Sunday. Jesse vowed to bring God to Annville to answer the town. He then told Odin if they didn't like the answers, he would denounce God in front of his congregation.

At Walter's house, Tulip affectionately embraced the dog she adopted. Tulip lead the dog into a room and shut the door. Cassidy, who was inside the room, devoured the dog.

Hugo Root put Jesse in the back of his car. The townsfolk begged Jesse to help them see the light, claiming they were all sinners.

In a control room, an alarm went off. A man rushed in and lowered the gauge, which was at maximum capacity. The man then tended to a chair nearby and read a magazine. 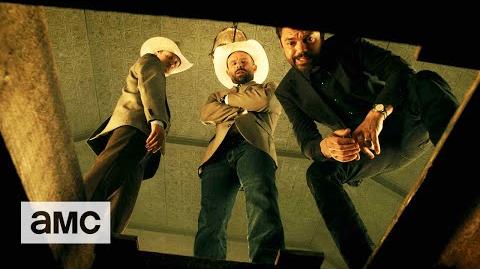 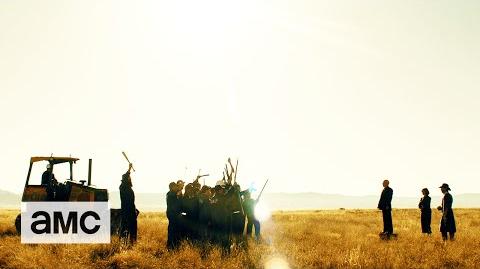 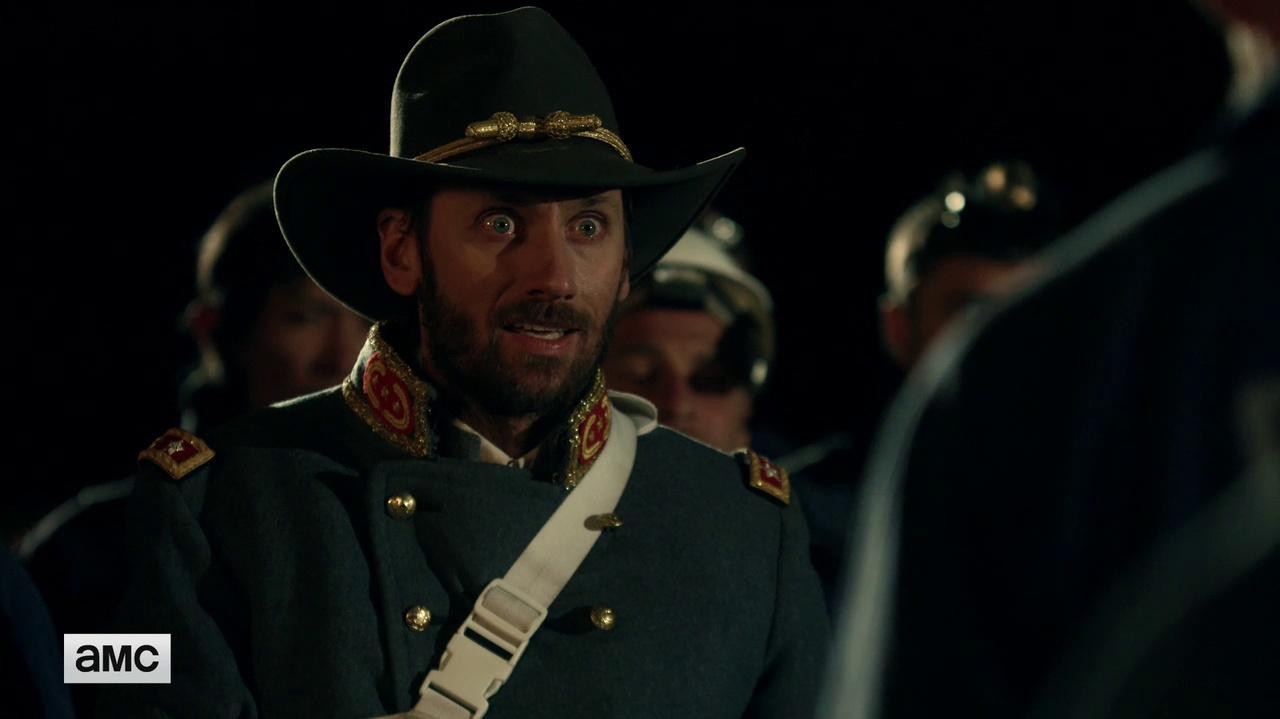 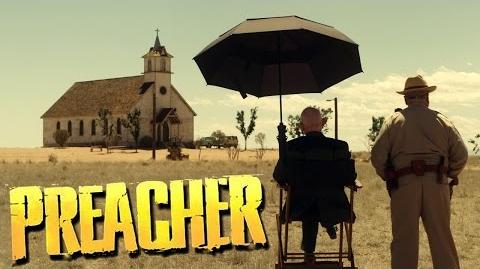 Matt Chase for Preacher episode 107.
Add a photo to this gallery

Retrieved from "https://preacher.fandom.com/wiki/El_Valero?oldid=13705"
Community content is available under CC-BY-SA unless otherwise noted.